BUCKHANNON, West Virginia – Clarksburg-based professional Shakespeare troupe the Rustic Mechanicals bring their Screaming Hearts Tour repertory productions of “Macbeth” and “Much Ado About Nothing” to the Wesleyan’s Virginia Thomas Law Performing Arts Center next Tuesday and Wednesday, April 5 and 6 at 7:30 p.m. The tragedy of “Macbeth” will show Tuesday, while the comedy “Much Ado” runs Wednesday night. Part of Wesleyan’s Arts Alive! Series, admission is free and open to the public.

In the wake of a battle, the Scottish warrior Macbeth receives a prophecy from a trio of witches: He shall be king. When fate doesn’t unfold quickly enough, Macbeth and his even more ambitious wife decide to give it a push in Shakespeare’s darkest tragedy.

In Messina, a group of soldiers returns from the trenches. The world weary Benedick and his friend Claudio find themselves reacquainted with Beatrice and Hero. As memories of conflict give way to a life of parties and masked balls, Claudio and Hero fall madly, deeply in love, while Benedick and Beatrice reignite their own rather more combative courtship. Shakespeare’s comic romance plays out amidst the brittle high spirits of a post-war house party, as youthful passions run riot, lovers are deceived and happiness is threatened before peace ultimately wins out.

“Macbeth” is directed by Jason A Young and “Much Ado About Nothing” is directed by Jim Warren, alongside Intimacy Director Jessica Morgan, Voice & Text Coach Bridget Rue Esterhuizen, and Movement Coach (Wesleyan Associate Professor) Tommy Schoffler, the productions feature technical direction by David Byard, costume design by Jason A Young, hair and  make-up design by Samantha Huffman, and dramaturgy from John S. Shirley. 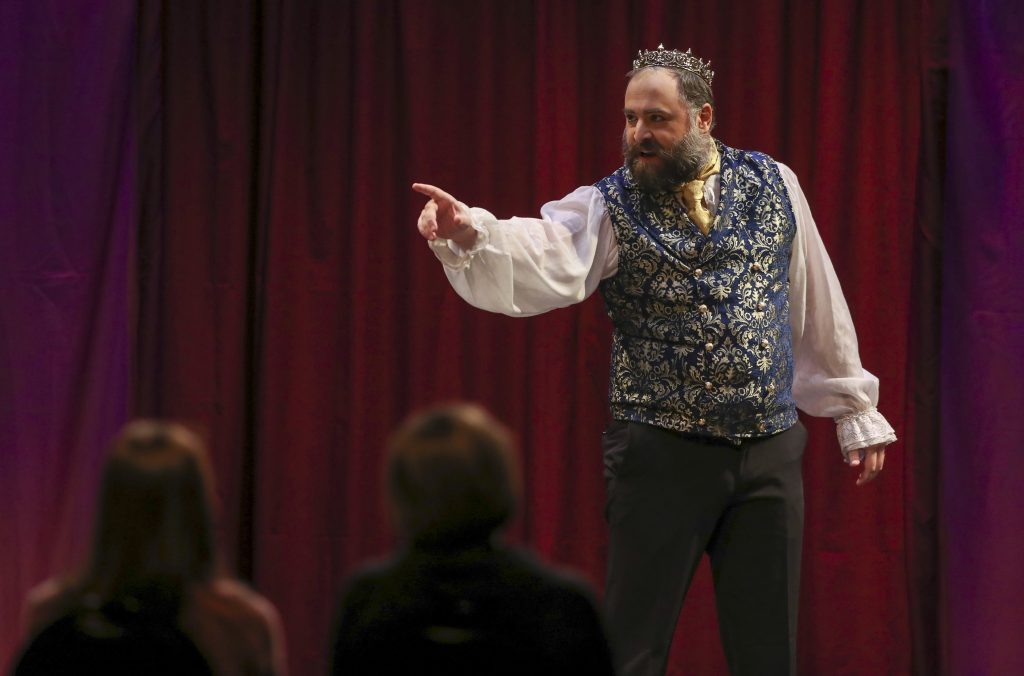