BUCKHANNON, West Virginia – Olivia Rycroft ‘18 has been working for NASA the last three years and has assisted in the preparations for launch of NASA’s most powerful rocket to date.

Rycroft graduated with a Bachelor of Science in mathematics and physics. During her time at Wesleyan, she was introduced to Tony Lindeman ‘80, who was on the Board of Trustees, by Bob Skinner ‘75, vice president for advancement. Lindeman had a highly successful career at NASA and was the bridge to NASA for Rycroft.

Her official job title is Software Systems Engineer, but her actual role is writing and maintaining requirements for Space Launch System Flight Software.

SLS is the rocket that will be used to send the Orion spaceship into space. Artemis is NASA’s planned series of human exploration to the moon and mars. Artemis I is the test for later exploration projects. It will not have a crew but will fly farther than any rocket before.

The requirements Rycroft works on are documented in NASA’s Software Requirements Specifications, which is used to record all of the functions the Flight Software is required to do in order to successfully complete the SLS mission.

“Usually, my job entails writing new requirements, updating old requirements, and attending a lot of meetings to represent FSW in other areas,” she stated. FSW is the acronym for Flight Software.

Rycroft had also been assigned as the FSW requirements back-up for the Green Run Test requirements, which is a series of eight tests to solidify the readiness of SLS to launch. She was also on the support team for the final two stages of Green Run, which are Green Run Wet Dress Rehearsal, where engineers demonstrate the loading, controlling and draining of cryogenic propellants into two test strand tanks and being able to return it to safe conditions. The other is Hot Fire, which is an eight minute test where the four RS-25 engines operate the equivalent thrust required in order for sea level takeoff at the launchpad.

She conducted extensive data analysis to evaluate FSW performance and has done data reviews for integrated hardware and software tests.

Rycroft will not be at the launch at Kennedy Space Station on Aug. 29, but she will be assisting the launch as a console supporter in Huntsville, Alabama. She will provide backroom support for other console operators in the event that they need any research done during launch day operations.

“It is incredible to work on a history-making project like SLS,” she said.

When asked about her emotions towards her job currently and what the future entails, Rycroft responded with, “For now, I am happy where I am. Leadership could be in my future, but the technical work is too fun to give up in the foreseeable future.”

Artemis I will be broadcasted on NASA TV at https://www.nasa.gov/nasalive. It will also be live on NASA’s YouTube channel, and on NASA’s Facebook page. 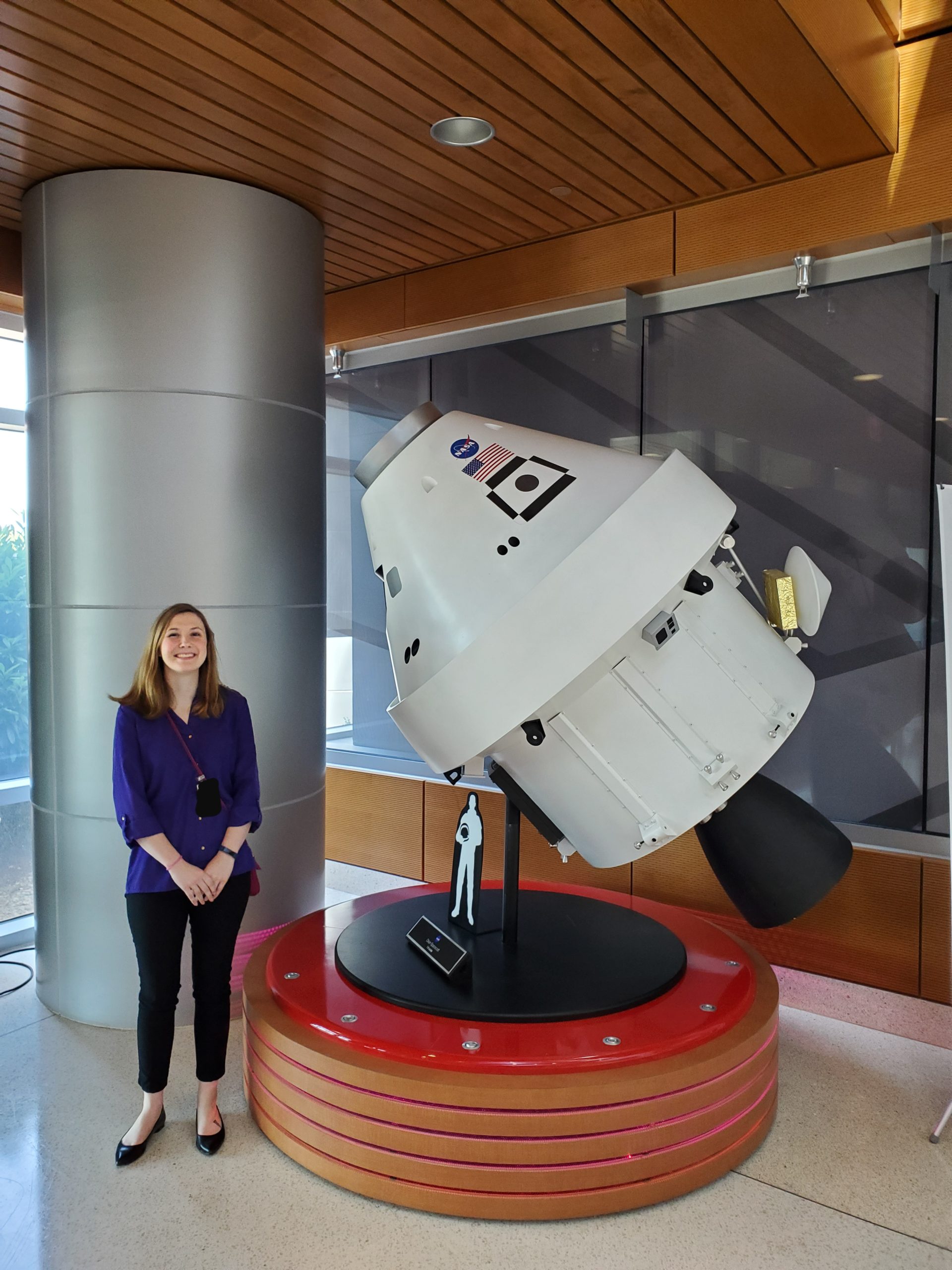