Rob Raffety ‘97, Mike Malfregeot ‘02, Jeff Noah ’02, MBA ‘03 and Jason Wilhelm, ’98, MBA ‘00, met as WVWC students and fraternity brothers and have come back together around a shared interest in web3 technology.

It started after Wilhelm saw a tweet Raffety shared about cryptocurrency and sent him a message. Soon, the four began chatting about their shared interests and brainstorming projects. The idea for 1863nft gained traction approximately a year ago as interest in nft technology grew.

Raffety said the four co-founders wanted to make their project something that mattered and was meaningful for them and West Virginia is that unifying theme.

The project 1863nft is a collection of 304 affordable assets celebrating West Virginia history, culture and people.

“Conceptionally, we thought wouldn’t it be cool to celebrate West Virginia in a positive light, to be trendsetters, to really use this emerging technology and plant a flag for West Virginia that isn’t often thought of as being on the cutting edge?” Raffety said.

The idea also grew to include five West Virginia artists who would not only be able to sell their works, but also gain broader exposure for their own creative ventures.

Noah said, “I’m excited about bringing the 1863 concept to reality in a way that honors the state through the ideas and teamwork of others with the intent to inspire,” he said. “There’s really nothing else like this out there and that’s pretty neat.”

One of the most exciting aspects, according to Raffety, is the utility piece.

“Aside from owning a digital asset which may appeal to some collectors, there is this very wide-opened space in NFTs called utility that you can now give to the owner of a token because you can verify that they own it,” he said. “The owner of a token might get the utility of receiving in the mail a physical print of an artwork.”

Similarly, the purchaser might receive access to a gated community for a class or online discussion with others around the piece they purchased.

Malfregeot added, “This technology is touching the world and has already created major impacts globally. Our West Virginia artists are deep-rooted in local communities and this bridging of art and new technology will help 1863 foster this learning all throughout Appalachia.”

“My four years at Wesleyan truly created connections for life. There’s no one else I would want to create an impactful non-profit project with than these guys.”

Wilhelm said, “You cannot grow up in West Virginia and not feel a strong loyalty to our state. My time at Wesleyan, both as an undergraduate and graduate student, confirmed I will always have a ‘Home Among the Hills.’ I would like to believe the school encourages us to be curious, embrace change and inspire others. By introducing West Virginians to this emerging and evolving web3 space, I am confident we are doing just that.”

To learn more about the project and the upcoming launch, visit www.1863nft.com or follow on social media. 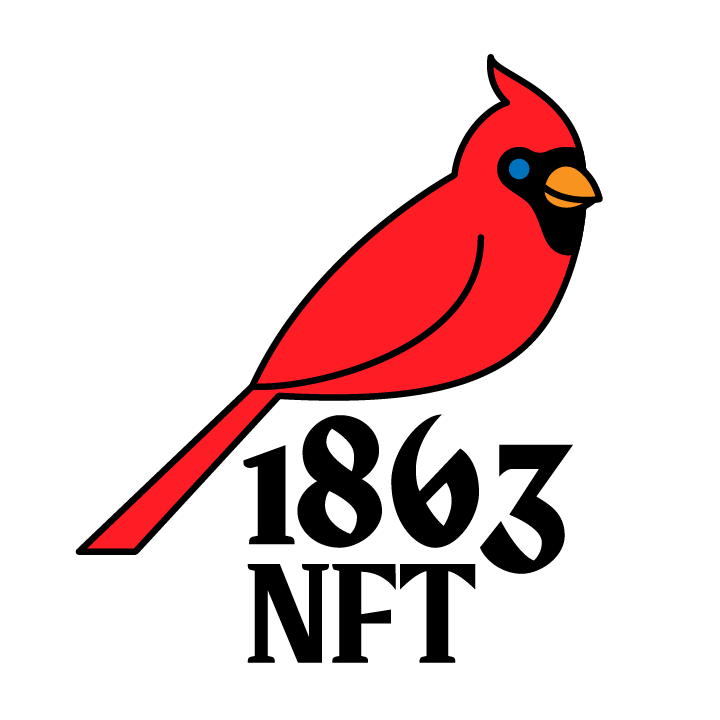