The 131st Commencement Saturday, May 7 saw over 200 participants cross the stage. Those in attendance at the ceremony in the John D. Rockefeller Physical Education Building heard from commencement speaker Dr. Debra Dean Murphy ’84, Professor of Religious Studies and Chair of the Department of Philosophy and Religious Studies.

“But whatever it is you decide to do for money, your calling, your vocation is something else,” she said. “You might get paid to be a mathematician or a mechanic, a painter or a professor, but your vocation is to live purposefully, gratefully, mindfully this one ‘wild and precious life’ you have been given.”

“I hope we have helped to cultivate a love of beauty in you during your time here. I hope we have expanded your idea of education beyond mere preparation for employment, such that it includes your calling to seek, enjoy, embody, create and share beauty. And to do all this for no other reason than the sheer giftedness and goodness of it – the delight and deep joy of being caught up in the beautiful.”

Of those participating in the May 7 ceremony, roughly 28 percent were first-generation college students.

Over 58 percent of the Class of 2022 is from the Mountain State and  31 percent received a West Virginia PROMISE Scholarship, a merit-based financial aid scholarship for West Virginia residents. Twenty-two states and 11 countries were also represented.

On Sunday, members of the Class of 2020 (and December 2019 graduates who would have walked in the postponed May 2020 commencement exercises) were invited back to their Home Among the Hills for a delayed ceremony. The graduates, who previously received their diplomas, received a small gift from the College and were recognized individually.

In addition to commencement, Wesleyan celebrated the Class of 2022 with a Baccalaureate service on Friday, May 6 in Wesley Chapel with Rev. Dr. Vance Ross ’79, a new member of the Board of Trustees, giving the address. 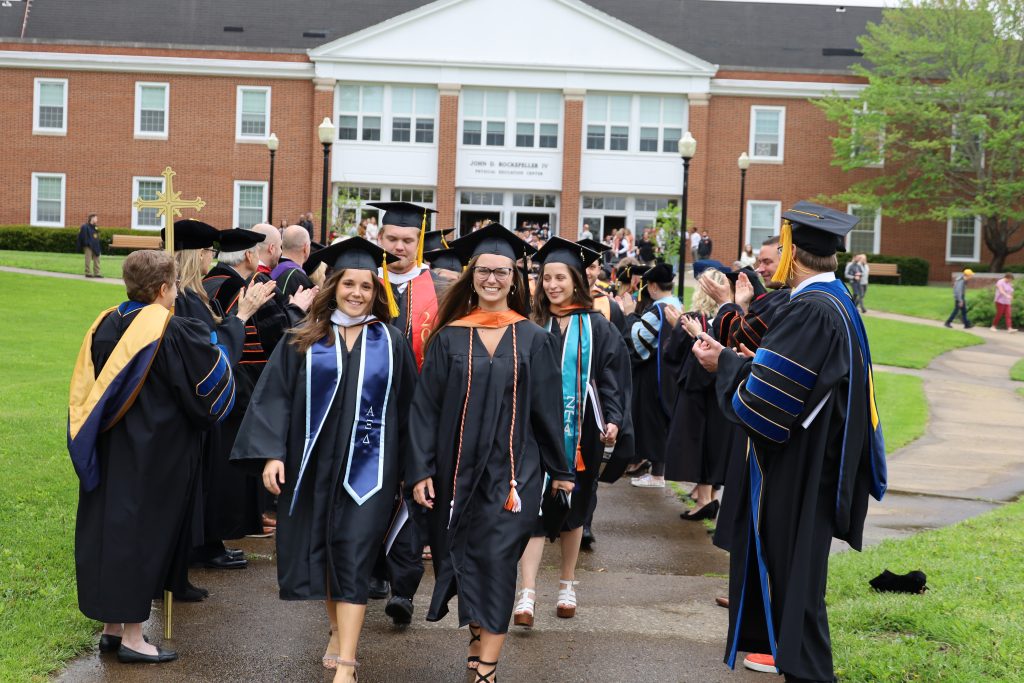