A sequel of “The 1940s Radio Hour,” the play is set during Christmas Eve 1943, and the Feddington Players are now broadcasting from a hole-in-the-wall studio in Newark, New Jersey. They are to  present their contemporary “take” on Dickens’s “A Christmas Carol.” Whether it’s the noisy plumbing, missed cues, electrical blackouts or the over-the-top theatrics of veteran actor, but radio novice, William St. Claire, this radio show is an entertaining excursion into the mayhem and madness of a live radio show. The acting will show you a simultaneously comedic and heart-wrenching dramatic climax.

“A 1940s Radio Christmas Carol” is directed by Gregory Mach, with musical direction by Dr. Dan Hughes, set and lighting design by Keith Saine, and costume design by Elizabeth Tweel ‘23. 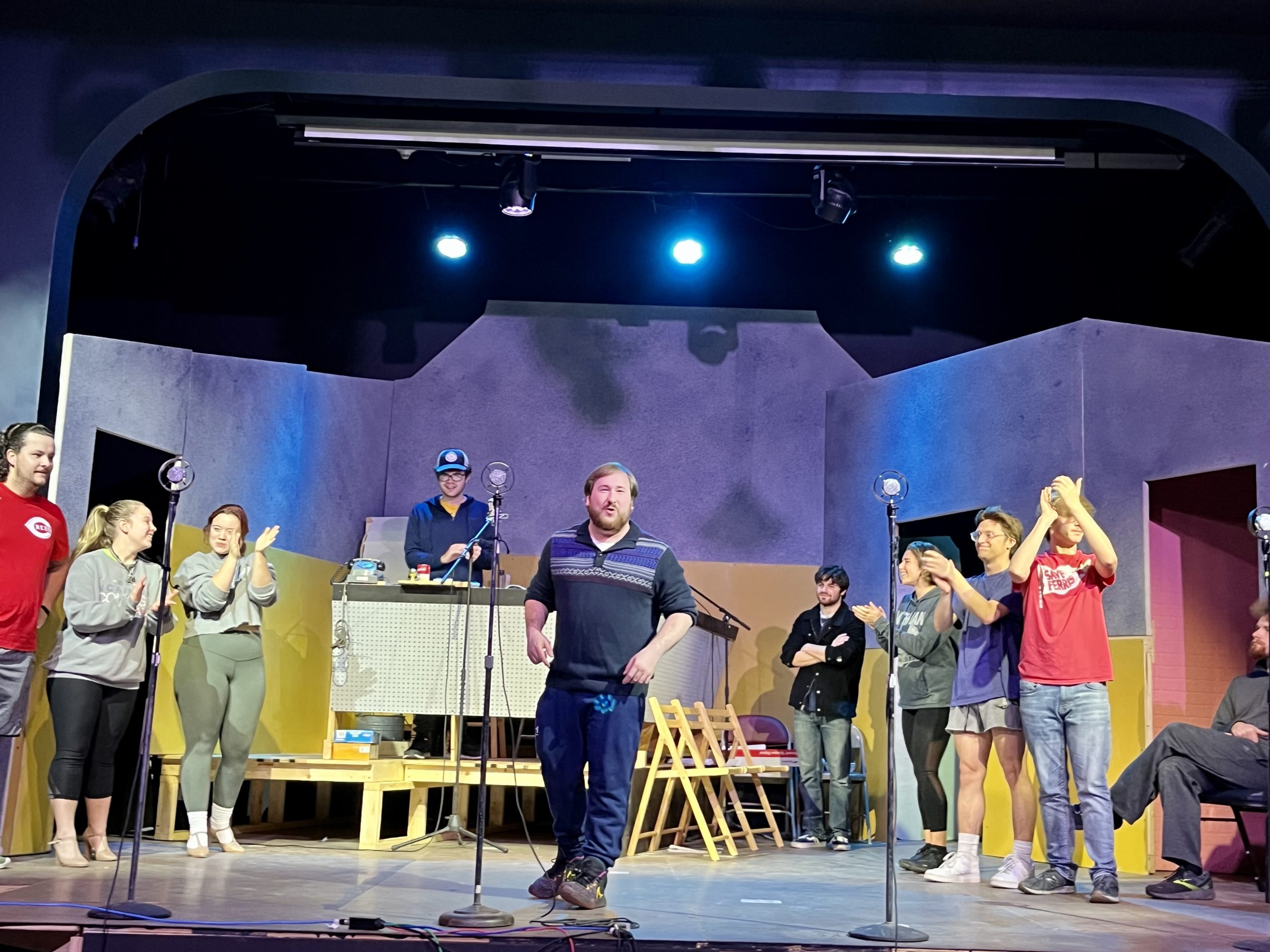