Callie Boddy ‘22, of Fairmont, West Virginia, traveled with members of the School of Exercise Science and Athletic Training to Fort Lauderdale, Florida this summer to present their research at the 19th annual International Society of Sports Nutrition conference.

The trip was funded by an Opportunity Grant through the WV Higher Education Policy. Dr. Greg Popovich, associate professor of exercise science and athletic training at West Virginia Wesleyan College, and Kristy Henson of Fairmont State University were the faculty mentors who chaperoned the students.

This was the first time the exercise science department attended this meeting and they excelled in a competitive atmosphere of large research institutions, according to Popovich.  There were a total of 77 posters that were entered into the contest. Holli Bragg ‘23, of Milton, West Virginia, also presented at the conference.

Boddy’s poster was titled “The effect of acute refeeding on weight loss under hypocaloric conditions,” and Bragg’s was “Diets of female DII collegiate volleyball players as viewed through the lens of ISSN position stands.”

Boddy took first place honors in the undergraduate portion of the conference. Her poster was conducted on client evaluations at a local weight clinic, who struggled to continue to lose weight once they reached a plateau for seven to 10 days. She found in her research that if clients went through a refeeding, also known as a cheat meal, led to an acute increase of weight but followed with one to two pounds of weight loss after it.

“I have always had an interest in nutrition and weight loss has consistently been a relevant topic in the field,” Boddy stated. She was very complimentary of Dr. Popovich and expressed how he had an influence on her when choosing the topic and how he assisted in collecting the research and the development of the topic overall.

“The ISSN conference was a great experience,” she remarked. “Overall, it was awesome to be around individuals that have the same interests, intellectual drive, and passion to heal themselves and others.”

Unfortunately, Boddy could not attend the award ceremony due to other commitments. However, when she did get the call, it caught her by surprise.

“Winning first place really boosted my confidence in the work I can do in the future,” Boddy explained. “I think my biggest takeaway, though, is that I am capable of doing really great research and adding to the science and knowledge of the world.”

Boddy will be attending Northern Arizona University this fall to pursue a graduate degree in occupational therapy. 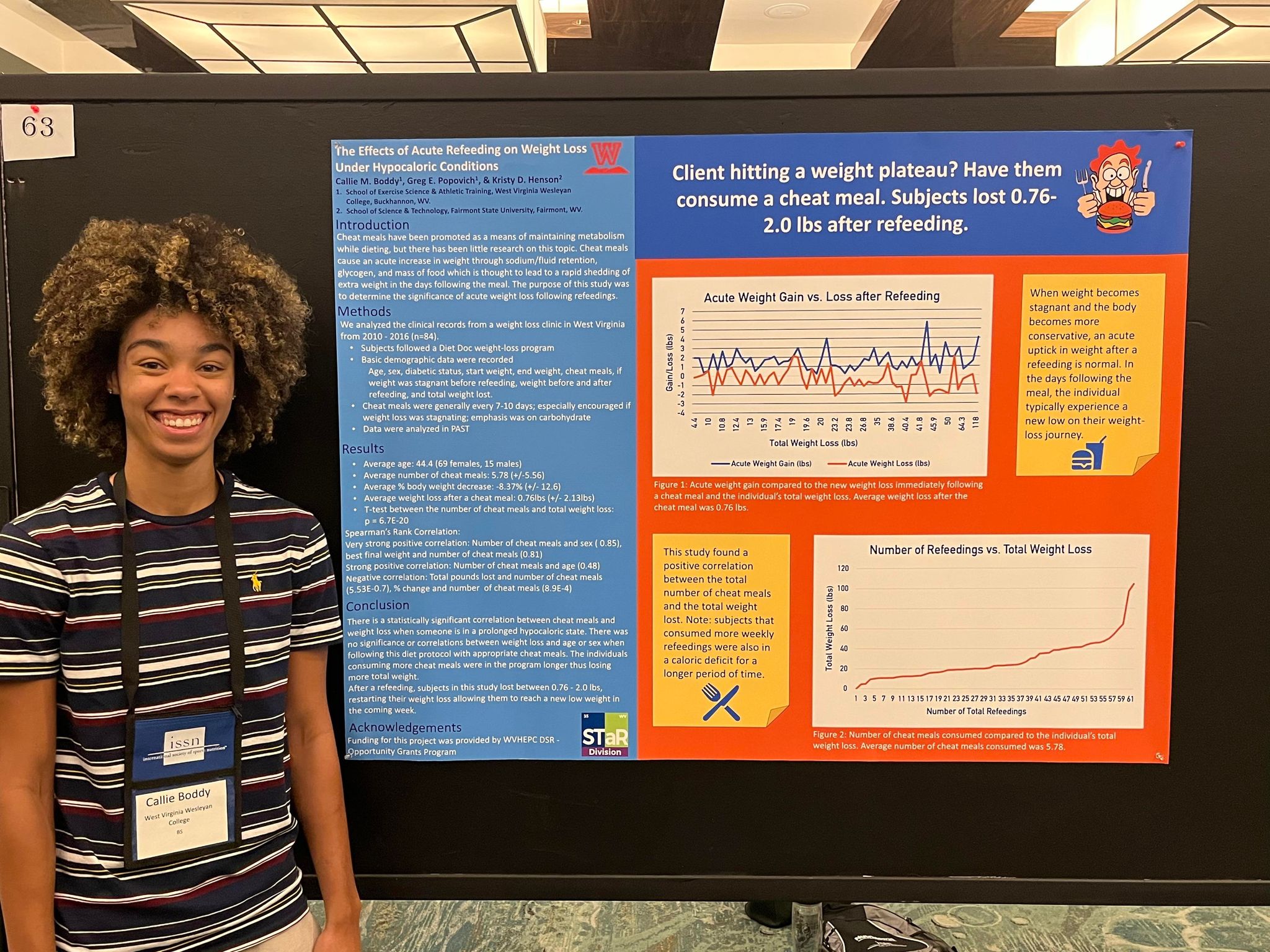