BUCKHANNON, West Virginia – Dr. Ryan E. North ’97, will make an appearance on The History Channel’s “Lost Gold of the Aztecs.” The sixth episode of the season, “A Hidden Chamber,” airs tonight at 10 p.m. ET.

From 1993-1997 North attended West Virginia Wesleyan College where he earned a Bachelor of Science in engineering physics with minors in math and economics. During his time at WVWC, he was part of the basketball team for two years, was a Bonner Scholar, as well as being involved with the Campus Activities Board. He also founded an alternative Spring Break program, still ongoing on campus.

After his experience at WVWC, North earned a master’s in geophysical engineering at Colorado School of Mines. Following his studies, he was employed as a research geophysicist working for the U.S. Army Engineer Research & Development Center (ERDC) in Vicksburg, Mississippi. While working at ERDC, he performed a mix of military and civil geophysics work. On the civil side he examined dam and levee seepage assessment, whilst on the military side, he focused his efforts on improving detection of small compact targets such as landmines, unexploded ordnance (UXO), and improvised explosive devices (IED). He later earned his doctorate in geophysics from Colorado School of Mines.

North is currently principal geophysicist and leader of the geophysics team for Olson Engineering in Wheat Ridge, Colorado. Furthermore, he has performed several consulting jobs in his career through his company ISC Geoscience, which mainly focuses on geophysical instrument design, cemetery mapping, and treasure hunting. His work on numerous projects has given him the opportunity to travel to numerous locations. In fact, he has visited 49 out of the 50 States, as well as traveled to numerous foreign countries. Treasure hunting consulting has led to some interesting trips as well as this television show experience.

“I worked with ‘Lost Gold of the Aztecs’ because I wanted to do some more geophysics for treasure hunting in a way that showed the correct application of geophysics while still making it entertaining,” North said. “’Lost Gold of the Aztecs’ is a reality television show that pits different teams against each other to prove that the accepted history of Montezuma was incorrect as well as find a possible treasure,” he added.

North currently lives in Evergreen, Colorado, with his wife Jessica and their three children, Caleb, Cody, and Cara. Caleb and Cody will both graduate from Clear Creek High School this spring, while Cara is  a freshman. 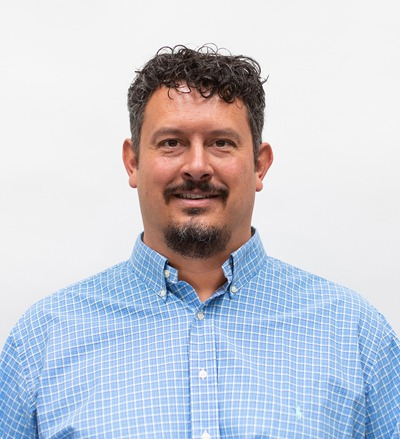